Well it doesn’t get more emotional or controversial than abortion, and this new film is no exception.

“Unplanned” is a new film being released in theatres March 29, 2019. It is based on the true life story of Abby Johnson, who was one of Planned Parenthood’s youngest directors. Abby was involved with tens of thousands of abortions while aggressively advocating for a woman’s right to end the life growing within her; that is until something happened that changed her life.

Although this picture has no sex, no profanity and no violence [other than a simulated abortion] it has received an “R” rating from the Motion Picture Association of America for no other reason than it has an abortion scene. The official reason for the “R” rating is it has

The producers are crying foul and possibly for good reason. Here is the rating from Rotten Tomatoes for another film called “Happy Death Day 2U”, a slasher movie which is filled with Murder scenes, profanity, disturbing bloody images and sex.

The producers of the film are concerned that it is being targeted because of its Christian and Pro-Life message. Given the inconsistent rating “Unplanned” received they seem to have a case.

Movieguide says the film “UNPLANNED” is an

It is ironic that an underage teenage girl can go get an abortion without parental consent or even their knowledge in the United States, but she can’t go watch a movie that depicts one.

You be the judge!

Click the link below to hear a heart wrenching interview with the actress who played Abby Johnson. 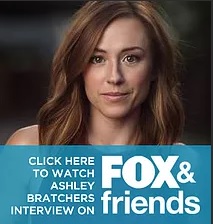 If you enjoy or find this content interesting, or vehemently disagree with me, please comment below, hit the “LIKE”button, and the “SUBSCRIBE” button so you will be notified of more interesting or exasperating posts.